UP Election: one killed, two injured during clash at Bhola’s Char Fasson 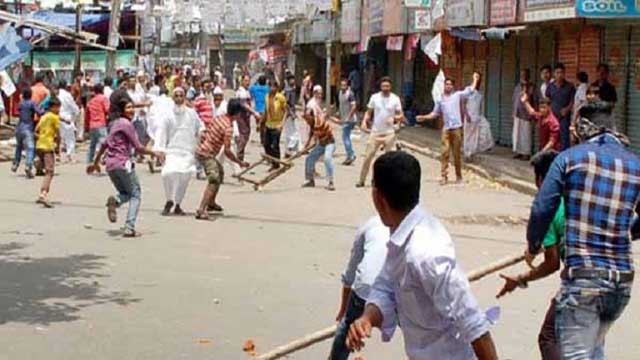 A man was killed and at least two others were injured during a clash between supporters of two Union Parishad member candidates in Char Fasson upzila of Bhola this morning.

The deceased was identified as Monir Hossain (23), a resident of Hazariganj Union Parishad.

Monir was declared dead after he was rushed to a local hospital, he said.

The body of the victim bore injury marks, said the OC, adding they are yet to be sure whether he was shot or beaten up.