Fire at spinning mill in Gazipur 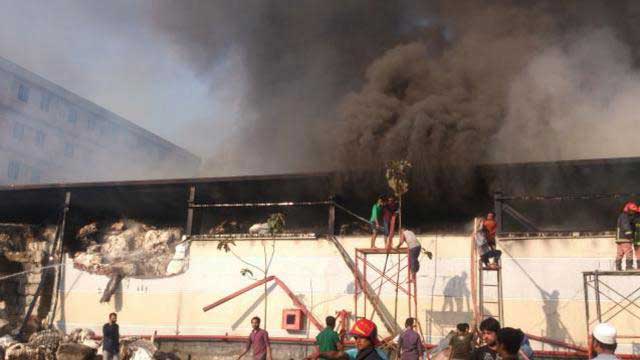 Gazipur, Mar 8 (Just News): A fire broke out at a cotton godown of a spinning mill at Bagher Bazar in the city on Thursday.

AktaruzzamanLiton, deputy assistant director of Gazipur Fire Service, said the fire broke out at the godown of the spinning mill named Mosharraf Composite Textile Ltd around 3am and spread soon.

On information, seven firefighting units from Tongi, Joydebpur, Sreepur and Bhaluka rushed to the spot and brought the blaze under control around 9 am after six hours of frantic efforts, he said.

Machineries and a number of cotton belts were gutted in the fire.

However, the origin of the fire could not be known immediately.