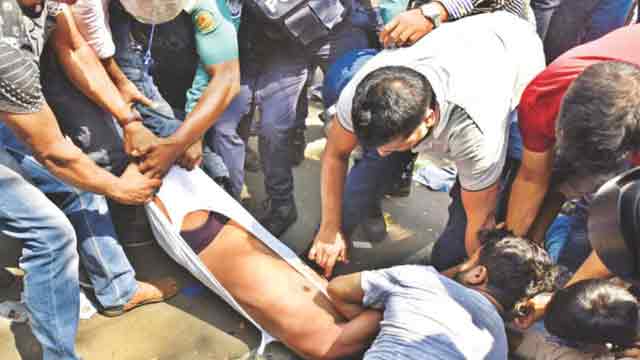 "Those who are organisers and leading the party are being arrested selectively," Fakhrul told a press conference at the party's Naya Paltan central office on Thursday.

BNP will stage demonstration at all thanas in the capital on Saturday protesting at law enforcers’ attack on its sit-in programme in front of the National Press Club on Thursday.

“We are announcing a protest programme at all thanas of the capital on Saturday protesting at police attack on our peaceful sit-in programme,” said the BNP leader.

Fakhrul said they were observing their sit-in programme today, Thursday, in front of the National Press Club but law enforcers foiled it without any provocation.