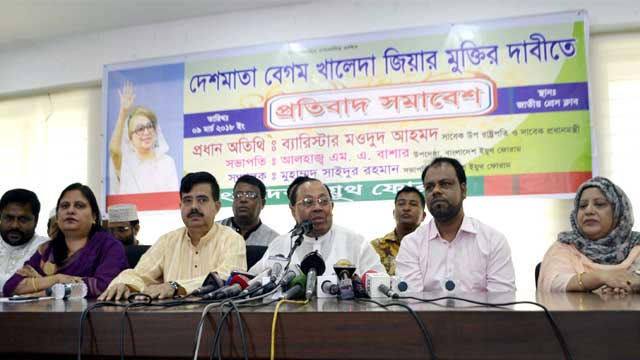 “It is illegal seeking vote for her party as she is now incumbent prime minister of Bangladesh,” Moudud said at a discussion organised at Jatiya Press Club.

Moudud added, Awami League is not able to arrange a neutral election because “they know they will be defeated by a big margin”. “It is true that AL fears to face general people.”

The BNP leader said that the 20-party alliance led by BNP chief Khaleda Zia will be able to restore the country’s democracy and people’s vote right.

Bangladesh Youth Forum arranged the programme over the release of BNP chairperson Khaleda Zia from jail.