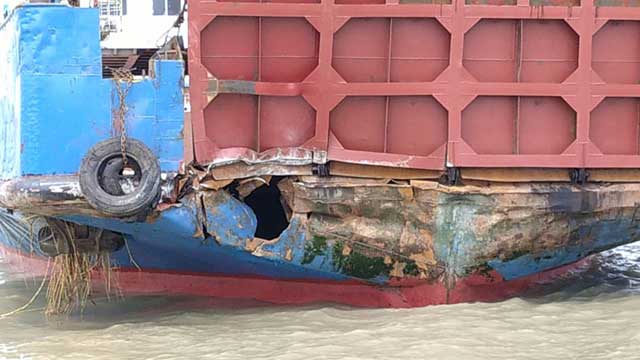 At least 20 people were injured as a Ro Ro ferry, Shahjalal, on Shimulia-Banglabazar route on river Padma hit a pillar of Padma Bridge as the master lost control over the ferry on the way to Shimulia ghat in Munshiganj from Banglabazar in Madaripur Friday morning.

The ferry hit the pillar number 17 of the bridge at about 9:45am but the master immediately brought the ferry under control and could manage to reach Shimulia ferry jetty and anchored there, officials of Bangladesh Inland Water Transport Corporation said.

They, however, could not immediately say whether the hit of the ferry caused any damage to the pillar.

Abdur Rahim, the master of the Ro Ro ferry, said that he lost control over the ferry as its electronic system failed.

‘Due to the strong current in the river, the ferry hit the pillar,’ he added.

Meanwhile, in the afternoon, the shipping ministry in a release said that the BIWTC suspended the ferry in-charge and inland master officer Abdur Rahman for his failure to manage the ferry properly.

It said that the order would be effective from Friday.

A separate order has been issued in this regard.