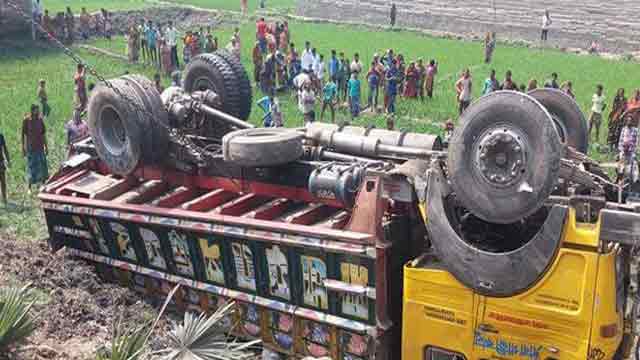 Three of the deceased were identified as Khairul, Zakirul and Saju Miah- all day labourers hailing from Gobindaganj upazila in the district while identities of the others could not be known yet.

Officer-in-charge of Gobindaganj Highway Police Abul Bashar said seven people were killed when a Rangpur-bound truck overturned on Dhaka-Rangpur highway in Jundah area in Palashbari upazila around 12:00 pm, leaving seven people, who were travelling on the truck, dead on the spot.

Besides, a Bogra- bound bus hit a stationary human hauler at south bus stand in Palashbari upazila headquarters around 11:30am, leaving one day labourer, who was working beside the human hauler, dead on the spot and 14 others injured.

The injured were taken to Upazila Health Complex where two others succumbed to their injuries.