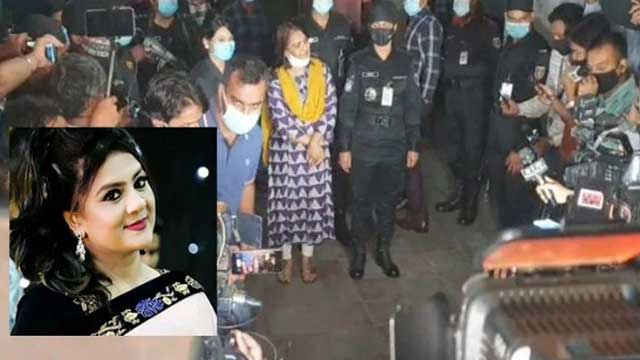 A Rab team started a drive around 8:00 at her Gulshan residence and arrested her during the drive, said Commander Khandaker Al Moin, Rab's legal and media wing director.

Rab took her out of her residence around 12:15am.

"We conducted the raid based on specific information. We recovered foreign liquor, walkie-talkie, foreign currency, casino items and deer hide from her house," Palash Kumar Bosu, Rab's executive magistrate told a press briefing on the spot.

Earlier, in a press release Meher Afroz Chumki, AL's women affairs secretary, announced removing Helena Jahangir from the post after her name surfaced on social media as the president of the "Bangladesh Awami Chakrijibi League."

Helena, the founder and CEO of Jayayatra Television, became a member of the AL's Central Sub-committee on Women affairs on January 18.

Earlier, she became a member of the advisory council of Cumilla (north) unit of AL.

Helena recently came into discussion after an announcement on a Facebook post to form "Awami Chakrijibi League" and claiming herself as the organisation's president.