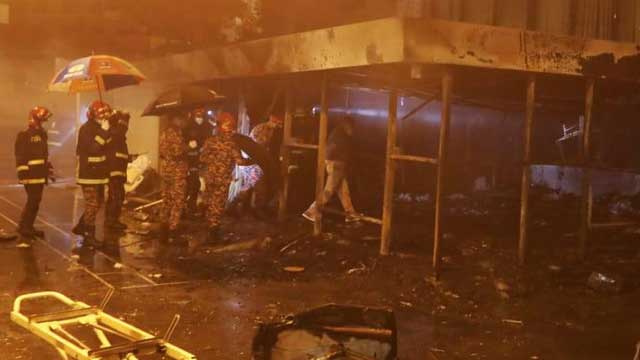 The authorities of Dhaka's United Hospital have paid Tk 25 lakh each as initial payment to families of the four patients who died in a fire at its Covid-19 isolation unit on May 27 last year.

The money has been paid in compliance with a directive issued by the Appellate Division of the Supreme Court on April 29 this year in this regard.

For all latest news, follow The Daily Star's Google News channel.
The hospital authorities recently informed this to the Appellate Division through swearing an affidavit, Aneek R Haque, a lawyer for the writ petitioners who fought the legal battle for the payment, told The Daily Star today.

He said the High Court division will later hold hearing on the rule issued over the final compensation for the victims' families.

On April 29 this year, the apex court directed United Hospital to pay Tk 25 lakh each in initial payment in 30 days to the families of the four patients killed in the fire incident.

A full bench of the Appellate Division, led by Chief Justice Syed Mahmud Hossain, issued the order after hearing the leave-to-appeal petition filed by the hospital authorities challenging a High Court order on January 11 that had asked United Hospital to pay Tk 30 lakh to each of the victim's family in 15 days.

The HC also issued a rule on January 11 asking the authorities to explain in four weeks why they should not be directed to give Tk 15 crore to each victim's family as compensation.