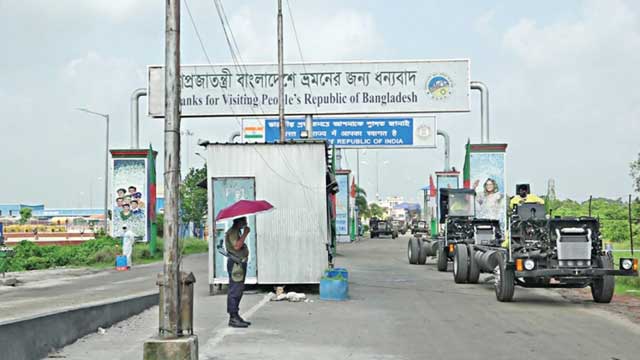 Ten Bangladeshi men and women returned to the country through the Benapole check-post last night after serving one and a half to three years in jail for entering India illegally.

Indian police handed them over to the Benapole Immigration Police, reports our Benapole correspondent.

"They all fell victim to brokers at different times and went to Bangalore to find better jobs, where Indian police arrested them and later they were sentenced to three years in prison for trespassing," said Tawfiq Hossain, field officer of Rights NGO in Jashore.

"At the end of the sentence, Indian NGOs put them in their shelter home. Later, they were repatriated to the country through a travel permit, following cooperation of home ministries of both countries," he said.

"After staying in India for a year and a half upon completing their jail term, the 10 Bangladeshis returned to the country through a special travel permit issued by the Indian government," said Ahsan Habib, officer-in-charge of Benapole Immigration Check Post.

"They will be handed over to their family members by two NGOs Rights Jashore and Justice and Care," he added.