13 demonstrators held while going to PMO 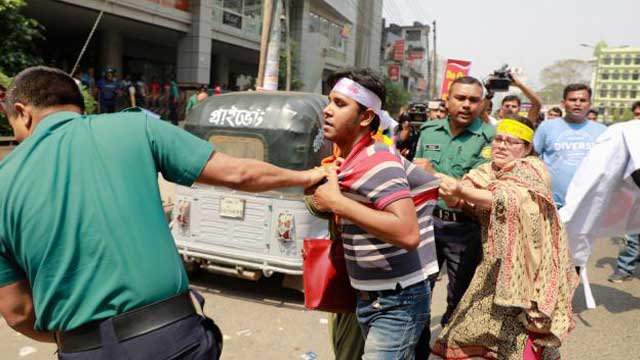 Dhaka, Mar 10 (Just News): At least 13 students were detained when they were going to submit a memorandum to Prime Minister Sheikh Hasina’s office with a demand to keep the age limit for entry into government jobs to 35 years from existing 30.

Police charged batons on them, leaving at least five students injured, the agitating students claimed adding that three of the injured were taken to Dhaka Medical College Hospital.

A group of 500-600 students from different colleges and universities first started their scheduled sit-in-programme in front of the National Museum at Shahbagh in the capital around 11:00am to meet their demand.

But police barred them at Bangla Motor when the students were going to the PMO in procession to submit the memorandum around 12noon.

In the memorandum, the demonstrators said the students get only two to three years to take preparation from the government jobs as they complete their education at the age of 28.