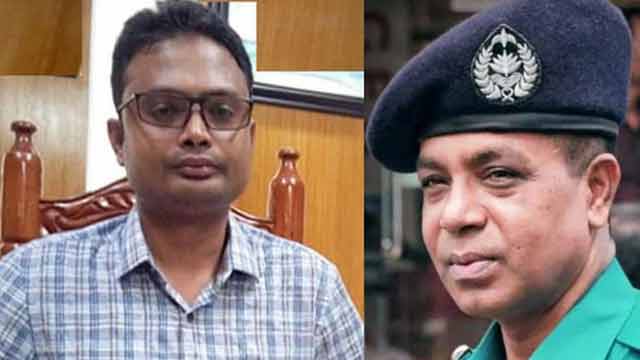 A Barisal court has ordered the Police Bureau of Investigation (PBI) to investigate two cases against Sadar Upazila Nirbahi Officer (UNO) Munibur Rahman and police officials filed over the August 18 clash between the ruling party men and law enforcement officials at the UNO’s house.

The court has also rejected the bail petition filed by 22 people who are accused in the cases.

The court directed the authorities concerned to ensure proper treatment to those who got injured in the August 18 clash.

The court also ordered PBI to submit a report within September 23 in this regard.

As many as 500 unnamed people were also made accused in these cases.

Some of them were identified as Nurul Islam, officer-in-charge (OC) of Kotwali Model police station, Shahjalal Mollick of the same police station, and five bodyguards of the UNO.

He said: “The court has taken the cases into cognizance. We are waiting for a final order.”

The UNO’s official residence at the Sadar Upazila Complex premises came under attack at around 10pm on August 18 over the removal of posters and banners.

At least seven people were shot and 25 others were injured in clashes between police and Ansar personnel and Awami League leaders and activists.

According to witnesses, a team of city corporation employees went to the residence of UNO Munibur Rahman to lower a banner hung to mark National Mourning Day.

At one point, the UNO came out and enquired about the matter, leading to an altercation with BCC staffer Swapan Kumar Das.

Then some 25-30 people entered the complex and an altercation broke out between the Ansar personnel stationed there and the others, triggering a clash.

The Ansar members opened fire on them, leaving seven injured, who were admitted to Barisal Sher-e-Bangla Medical College Hospital.

Upon receiving information, police rushed to the spot and baton-charged the crowd to disperse it.

Some 25 people were injured in the clashes as well.