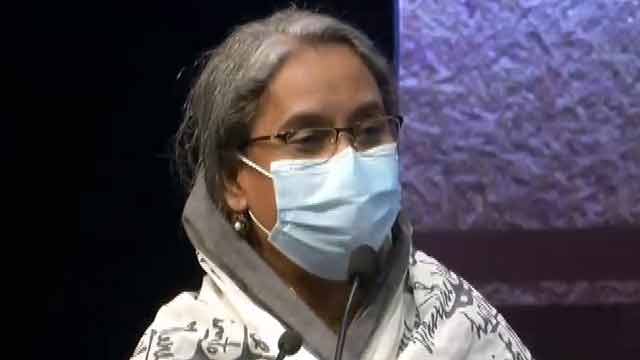 Educational institutions across the country are likely to be reopened in phases as Covid-19 infection rate continues to drop, says Education Minister Dipu Moni.

Her remarks came on Tuesday during a program in honour of Bangabandhu Sheikh Mujibur Rahman in Dhaka.

“The infection rate is gradually dropping. If it continues, we can reopen the education institutes,” she said.

However, the reopening would be implemented in phases as social distancing is imperative in this pandemic, Dipu Moni added.

Meanwhile, State Minister for Primary and Mass Education Zakir Hossain said that schools would be opened after getting clearance from the government higher-ups.

“We can’t reopen the schools all of a sudden. We have taken all-out preparations and if the prime minister orders us today, we are prepared to reopen the schools from tomorrow,” he told reporters at the Secretariat on Tuesday, reports UNB.

Saying that operating online classes had many problems, he added that experts were in favor of reopening the schools.

“We have a plan to arrange classes for the students of class III, IV and V two days a week and one day for the class I students. We are also thinking about giving a shortened syllabus under the current curriculum,” he said.

Earlier in the day, the authorities issued guidelines as part of preparations to reopen the educational institutions which have remained closed since March last year. The latest extension to the closures is set to continue till August 31.

The teachers of primary schools have been instructed to return to their workplaces from Tuesday while the Primary Education Directorate has asked the upazila/thana education officers to inspect the schools in their jurisdiction within a week.

Besides, it also gave instructions to keep the institutions clean and tidy by taking utmost care to prevent dengue.

Meanwhile, the Directorate of Secondary and Higher Education (DSHE) asked its regional directors to make necessary preparations to reopen schools and colleges.

According to Education Ministry sources, most of the teachers and staffers of the educational institutions have been vaccinated.

The government reopened offices and shops after the nationwide strict lockdown was lifted on August 11.

Bangladesh has seen a rapid drop in the Covid-19 infection rate, with the lowest number of fatalities in two months, 114, recorded as of Tuesday morning.

The government had been mulling over reopening educational institutes in September and Dipu Moni announced on February 22 that 13,000 residential students at public universities would be vaccinated by May 17.

However, the authorities have not been able to complete the vaccination within the stipulated time for various reasons, including issues related to national identity cards (NIDs).