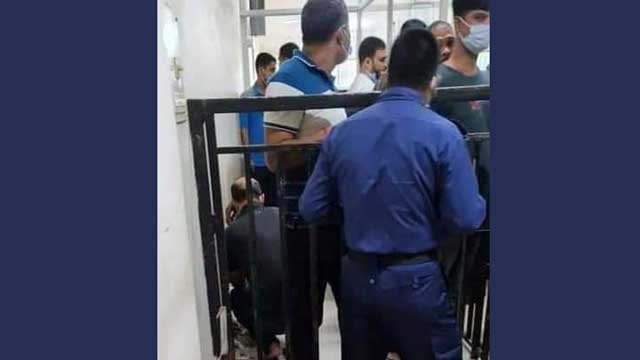 The Cox’s Bazar police closed four police personnel for their alleged involvement in allowing sacked Teknaf police station officer-in-charge Pradip Kumar Das to talk over mobile phone in a courtroom where he was taken for trial on Tuesday in the case of murdering retired army major Sinha Mohammad Rashed Khan.

The four cops, including sub-traffic inspector Shahabuddin, were closed for their alleged negligence in discharging duty and attached to the district police lines, Cox’s Bazar superintendent of police Md Hasanuzzaman told on Wednesday morning.

He said that they would form a probe committee in this connection.

On Tuesday, Pradip and 14 other accused in the case were produced before the Cox’s Bazar district and sessions’ judge court as the day was scheduled to examine the plaintiff of the case.

In the afternoon, Pradip was seen talking to someone over mobile phone for minutes together while waiting in the dock, alleged sources in the court.

On Wednesday, the court resumed hearing in the case for the third day and cautioned Pradip for Tuesday’s incident, officials in the court said.