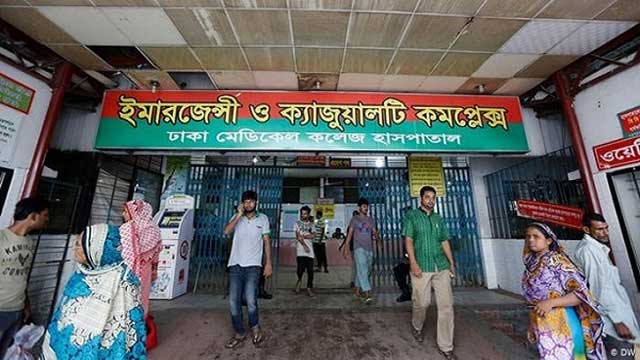 Seven people, including a child, sustained burn injuries in an explosion due to gas-line leakage at Mirpur-11 in Dhaka on Wednesday night.

The injured have been admitted to Sheikh Hasina Burn and Plastic Surgery Institute.

Rafiqul Islam, owner of the building, told New Age that there was a leak in their house’s gas line which was repaired two days ago.

However, at about 1:00am a sudden loud gas explosion occurred which injured two pedestrians and five others living at the ground floor of the building.

The child had been sent to the Intensive Care Unit of the hospital, he added.