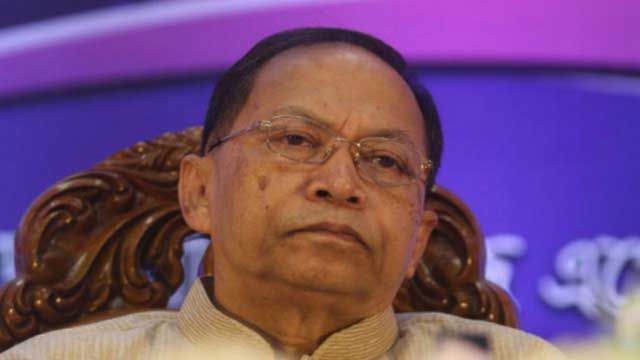 A Dhaka court has fixed October 5 to deliver its verdict in the case filed against former chief justice Surendra Kumar Sinha and 10 others over the embezzlement of Tk4 crore from a bank and siphoning it off to foreign countries.

The trial opened on August 13 last year with the court indicting the former chief justice and 10 others.

ACC Director Benazir had filed the charge sheet in the case with the court of Dhaka Metropolitan Sessions Judge KM Imrul Qayes on December 10, 2019.

The court, however, on February 20, 2020 transferred the case to Dhaka Special Judge Court 4.

The ACC filed the case on July 10, 2019 over the embezzlement of Tk4 crore from the then Farmers Bank, which was later renamed Padma Bank.

According to the case details, Md Shahjahan and Niranjan had taken the money on loan from the bank, which was later transferred to Sinha's Sonali Bank account, showing it was earned from the selling of the former justice’s house. The amount was later siphoned off.

Sinha stepped down from the post of chief justice on November 11, 2017 while abroad. He currently resides in the United States.