Shut down unregistered online news portals within a week:HC 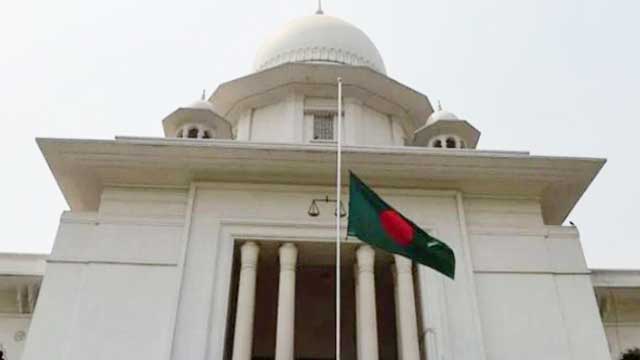 The High Court on Tuesday ordered the closure of all unregistered online news portals and asked the Bangladesh Telecommunication Regulatory Commission (BTRC) and Bangladesh Press Council to take action in this regard within a week.

A HC bench of Justice Md Mozibur Rahman Miah and Justice Md Kamrul Hossain Mollah passed the order after hearing a supplementary petition that originated from the recent death of a 21-year-old woman by suicide followed by a wave of unacceptable news coverage in the media, especially in online news portals.

After today’s order Advocate Rashida told reporters a legal notice was served to the authorities concerned on May 5 seeking steps to enact a code of ethics for the news media.

The notice was served to the secretary to the information and broadcasting ministry, BTRC chairman and Bangladesh Press Council chairman but no response was received as yet. Later Advocate Zarin Rahman and Rashida Chowdhury Nilu filed writ petition.

According to the writ a case has recently been filed under section 306 over instigation to suicide following the recovery of the body of a 21-year old woman. The way the country’s media, especially the online news portals covered the incident has been unacceptable. But the BTRC and Bangladesh Press Council did not take any step in this regard, said the petition.

Besides, the BTRC is unable to take any step about unauthorized news portals. So registration is needed for those news portals, the petitioner sought.

On August 16, the High Court issued a rule asking the authorities concerned to explain as to why directives should not be given to shut down the unauthorized news portals.

The HC also sought to know why the directives should not be given to take steps in forming a ‘Broadcasting Commission’ as per the National Broadcasting Policy-2014.