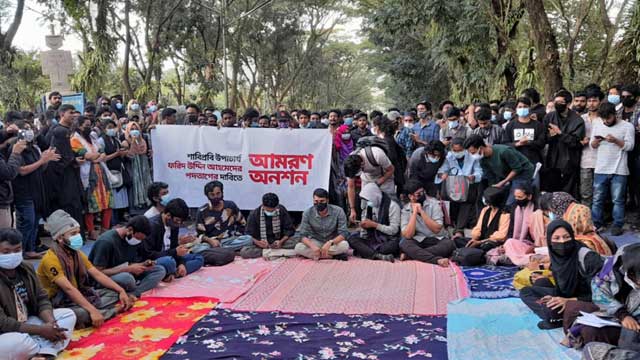 Twenty-four students of Shahjalal University of Science and Technology (Sust) today went on hunger strike unto death in front of the residence of the vice-chancellor of the university.

Since the VC did not resign by noon today, even after the students' ultimatum, they began the hunger strike at 3pm.

The students announced last night that they would fast unto death unless VC Farid Uddin Ahmed resigns from his post by 12pm today. They also declared that they would protest on campus all night demanding that police withdraw the case filed against them.

On Sunday evening, at least 30 students of the university were injured as police charged them with truncheons, fired rubber bullets and threw sound grenades to free the VC who was confined to his office by the demonstrators.