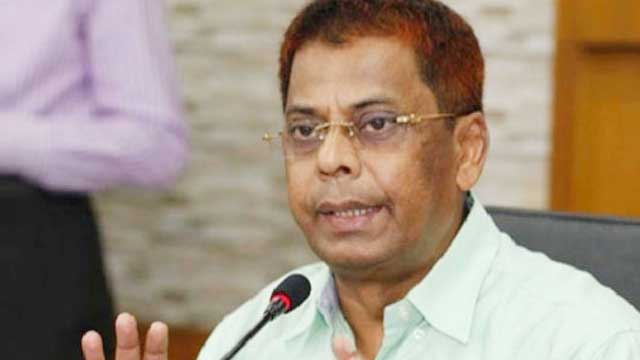 Former inspector general of police (IGP) AKM Shahidul Haque has said in the Bangladesh context the political force and the bureaucracy do not want any change in police.

"The ruling party wants the police to do anything they want. A MP wants the officer-in-charge (OC) to do whatever he or she wants. It’s quite difficult to work in the face of these challenges and adversities," he added.

The police chief made these remarks at the launching of his book titled “Police jiboner smrity: swoirachar patan theke jongi daman” at the Begum Sufia Kamal Auditorium of the National Museum on Saturday.

He said, “I did not bow down to any political pressure. I did not work for the chair. I was transferred and joined the new workplace.”

“While in service, I never hesitated to take actions against the leaders and activists of the ruling Awami League. However, everyone can't do what I did. So a system should be introduced to ensure that the police can work impartially,” the former IGP added.

Shahidul Haque said, “Police are part of the judiciary. If they cannot work neutrally, the criminal justice system of the country will never be effective. A proper investigation is not possible unless the police can work impartially. There have been talks of reforming the police. However, these are political. I don't know how to reorganise a police force.”

Mentioning that the police have to work in adverse conditions, Shahidul Haque further said, “Everyone wants the service of the police, but no one likes them. Rather, people are afraid of the police. I have written in my book that we do not feel the lack of oxygen because we live in the air. In the same way, we do not feel the need to have a police force as they are already there in our society. If the government announces that there will be no police activity for two hours, then we do not feel what situation will prevail in the country."