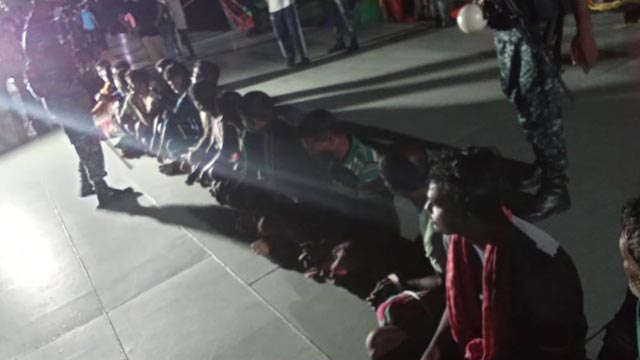 Inspector SM Ashraful Alam of Bagerhat district police media cell said that a patrol team of the Navy detained 68 Indian fishermen and seized four trawlers while they were fishing in the Bay of Bengal on Monday night.

Later, the same team, in another drive, detained 67 more fishermen and seized four trawlers on the same day.

All the Indian fishermen were handed over to Mongla Police Station on Tuesday.

The market value of the seized items, including fish, is estimated to be Tk 3.80 crore.

‘The Navy has filed a police complaint against the detainees,’ said Manirul Islam, officer-in-charge of Mongla Police Station.