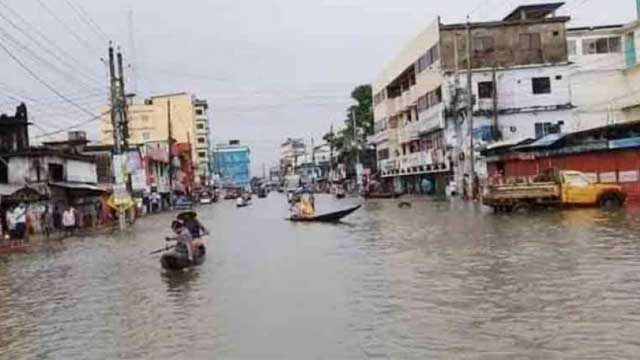 Flood in Bangladesh claimed three more lives in Mymensingh, Netrokona and Sunamganj in 24 hours till Friday morning, raising the total fatalities to 95.

Of the deceased, two drowned while another died from lightning strike, according to the Directorate General of Health Services.

Among the total deceased, 68 people died by drowning in floodwater, 15 from lightning strikes, two from snake bites, one from diarrhoea, and nine due to other reasons.

The total deaths were recorded from May 17 to June 30.

Meanwhile, the Flood Forecasting and Warning Centre of the Bangladesh Water Development Board said that all major rivers in the north-eastern region of the country were in a falling trend, which might continue falling in the next 24 hours.

However, the Brahmaputra River is in a steady state, while the Jamuna River and Padma River are on the rising trend. These rivers may rise in the next 24-48 hours.

The flood situation in Kurigram, Sylhet, Sunamganj, Netrokona, Kishoreganj and Brahmanbaria districts may improve in the next 24 hours, it added in their latest report.