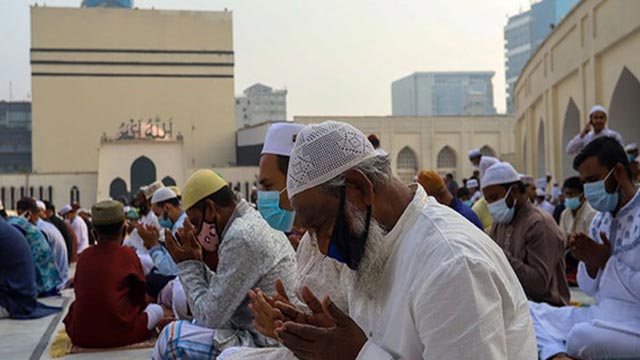 Five Eid congregations (jamaat) were held at Baitul Mukarram National Mosque in the capital on Sunday on the occasion of Eid-ul-Azha.

On the other hand, the second congregation was held at 8am, led by Imam Hafez Mufti Muhibullahil Baki Nadvi.

The third one was held at 9am, led by Maulana Abu Saleh Patwari.

Imam Maulana Muhiuddin Qasim led the fourth congregation at 10am.

Devotees from different parts of the capital took part in the Eid jamaats at the mosque following hygiene rules.

Prayers were offered for the prosperity of the country.

Additional forces were deployed around the mosque to ensure security.