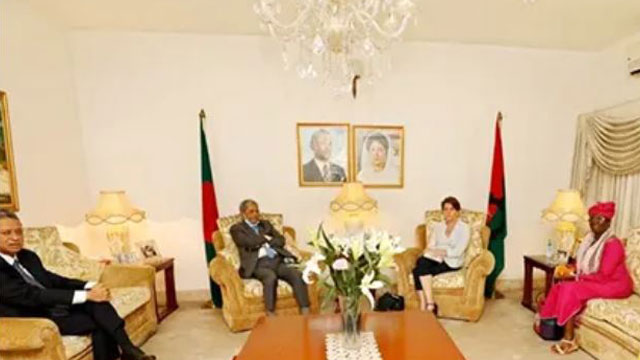 Gwyn Lewis, accompanied by her peace and development advisor Becky Adda-Dontoh, held a meeting with the BNP’s secretary general Mirza Fakhrul Islam Alamgir for about one hour and a half from 2:00pm.