Foreign currency reserves in Bangladesh drop to $39.77b 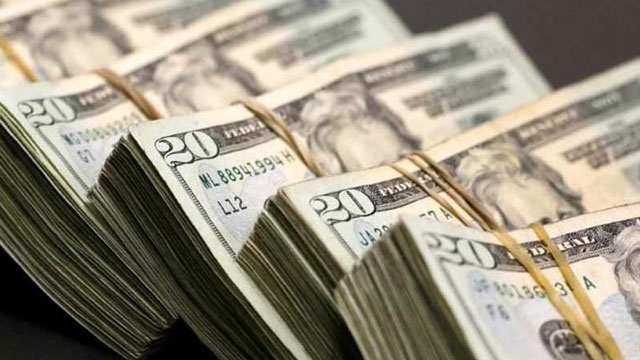 The foreign currency reserves in Bangladesh slid to $39.77 billion on Tuesday after the payment of import bills to the Asian Clearing Union for the month of May and June.

Bangladesh Bank executive director and spokesperson Md Serajul Islam confirmed it, saying that the payments are made at a two-month interval.

The Asian Clearing Union is a payment settlement forum whereby the participants settle payments for intra-regional transactions through the participating central banks on a net multilateral basis.

The Bangladesh Bank cleared net import bills worth $1.99 billion on the day.

With the latest decline, the country’s foreign exchange reserves dropped to 21-month low. On October 7, 2020 the reserves were $39.78 billion.

Bangladesh would be able to clear import bills for less than 6 months with its present reserves of $39.77 billion.

Of the amount, the central bank formed a $7-billion export development fund for exporters, but the amount is still considered as reserves and for which the International Monetary Fund has already raised its objection.

If the EDF is excluded from calculation, the country’s reserves will fall to $32.77 billion.

The government and the central bank have already taken a number of steps to protect the reserves by way of containing the skyrocketing imports.

Subsequently, the exchange rate rose sharply to Tk 93.45 from Tk 84.8 against the US dollar within a span of 10 months.

Restrictions were also imposed on foreign travel of government employees. As a means of protecting foreign exchange reserves, the government reduced production of electricity, reasoning that it is a time of global crisis.

The measures, however, are yet to bring any positive results and intensifying concern instead.

Afterwards, the country went into deep economic and political crises, and subsequent overturn of its leadership.

The import payments rose to a historic high of $75.4 billion in 11 months of the immediate past financial year 2021-2022 and are likely to cross $80 billion when the annual figure would be available.

Even though the country’s export earnings surpassed $52 billion in FY22, posting whopping growth from $38.75 billion in FY21, the reserves continued to erode on high import payments.

Centre for Policy Dialogue distinguished fellow Debapriya Bhattacharya recently cautioned that Bangladesh would no longer be in comfort zone in terms of debt servicing from the financial year 2024-2025 as the grace period of several foreign loans would expire by this time.