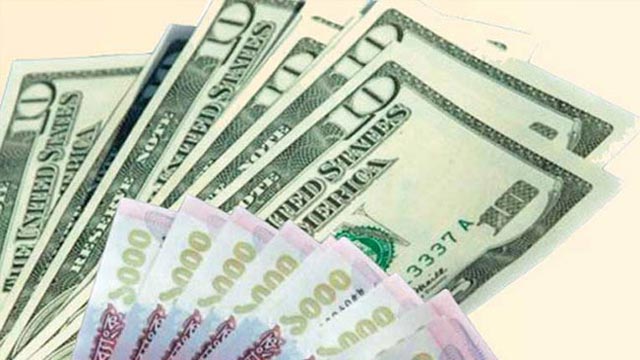 The US dollar appreciated further against the local currency taka on Wednesday with the interbank exchange rate increasing by Tk 0.5 per US dollar as demand for the greenback remained high amid high import payments.

On Wednesday, the exchange rate of the dollar increased to Tk 93.95 from Tk 93.45 a day ago, BB officials said.

With the latest devaluation, the interbank exchange rate of the dollar has appreciated by Tk 9.15 per US dollar or 10.79 per cent since August 2021.

Due to the depreciation of the taka and the global price spiral, the country’s inflation hit an eight-year high of 7.42 per cent in May, much higher than the government’s FY22 budgetary target of 5.5 per cent.

The devaluation has already created additional pressure on inflation and made it tough for people to cope up at a time when the prices of commodities on the international market have remained significantly high.

Economists suggested that the government should take measures to protect people from the currency depreciation-induced inflationary shock.

They said that the central bank should sell dollars for importing essential commodities along with reducing taxes and duties applicable to import of such items.

BB officials, however, said that the appreciation of the US dollar took place not only in Bangladesh but also in India and Pakistan, among others.

The appreciation of the US dollar in the country was much lower than the countries, they said.

They, however, expected that the taka would become stable if the remittance and export earnings improved, and the import spending declined.

On Tuesday, the country’s foreign exchange reserves dropped to $39.77 billion after the payment of $1.99 billion to the Asian Clearing Union.

To keep the foreign exchange market stable, the BB has so far injected into the banking system about $7.5 billion in the financial year 2021-2022.

However, the supply was much lower than the demand and subsequently the settlement of import bills was executed at higher rates than the BB-set rate of Tk 93.95 per US dollar.

The country’s imports have remained high even after the measures taken by the central bank as well as the government to discourage imports of specific products.

The import payments reached an all-time high of $75.4 billion in July-May of FY22 with a 39.03 per cent year-on-year growth.