Hustle and bustle returning to Dhaka after Eid 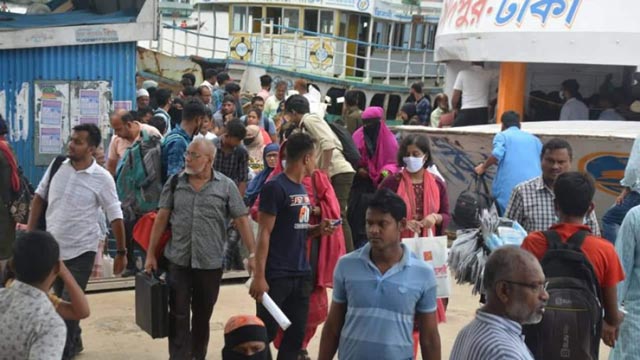 After remaining desolate for a few days during the Eid-ul-Azha holidays, Dhaka has started returning to life, with hundreds of thousands of people coming back to the capital to rejoin their workplaces.

With the next two days – Friday and Saturday – being weekly holidays, it is expected that the metropolitan city will return to its usual self by Sunday.

On visits to Uttara, Mohakhali, Rampura, Malibagh, Gulistan and Sayedabad on Thursday, Bangla Tribune found that the number of public transports as well as cars, motorcycles and rickshaws plying the roads had increased and so had the number of people on the streets.

Shopping malls were still closed but many shops were open.

Kamalapur Railway Station, Sadarghat launch terminal, and the bus terminals in Mohakhali, Gabtoli and Sayedabad were teeming with people returning to the capital after spending the Eid holidays with loved ones.

Experts said a significant number of people would return to Dhaka on Friday and Saturday, which would result in huge crowds.