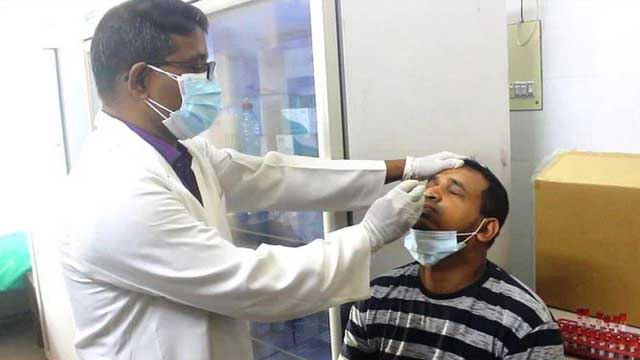 Bangladesh logged six more Covid-linked deaths with 1,324 cases in 24 hours till Thursday morning amid a surge in cases again in the country.

The new numbers took the country's total fatalities to 29,223 while its caseload to 1,993,382, according to the Directorate General of Health Services (DGHS).

The daily case positivity rate however declined to 11.82% from Wednesday’s 13.79% as 11,126 samples were tested during the period.

Four of the deceased were men while two were women.

Three of them were from Dhaka while another three were from the Mymensingh division.

The mortality rate remained unchanged at 1.47%. The recovery rate rose to 96.28% as 1,747 patients recovered during the period.

In June, the country reported 18 Covid-linked deaths and 20,201 new cases, according to the DGHS.

Bangladesh reported its first zero Covid death on November 20 last year since the pandemic broke out here in March 2020.

The country registered its highest daily caseload of 16,230 on July 28 last year and daily fatalities of 264 on August 10 in the same year.