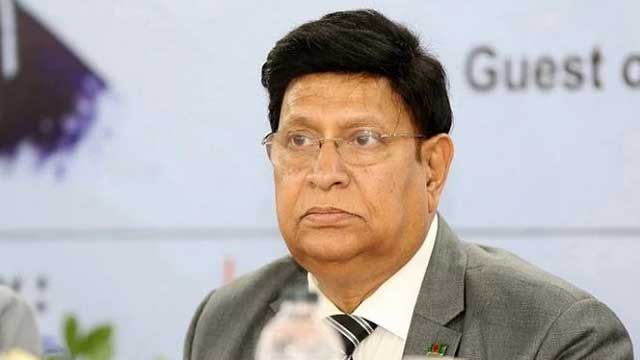 Foreign Minister AK Abdul Momen has said that Swiss Ambassador Natalie Chuard's statement that Bangladesh has not sought any specific information on the accounts of Bangladeshi citizens in the Swiss Bank is untrue.

He said Bangladesh Bank Governor and Finance Minister today confirmed that they had sought information on bank account of Bangladeshi citizens from Swiss authorities but they did not respond.

"I then told them to make public statements about this, because one cannot get away by making false statements," Momen told journalists at the ministry today.

Asked if the foreign ministry would talk to the Swiss Embassy in this regard, he said, "Let the Bangladesh Bank and Finance Secretary first issue a statement publicly and then we will tell them."

At a DCAB Talk at the National Press Club yesterday (August 10, 2022), Natalie Chuard had said that Bangladesh government did not want specific information on its citizens' money deposited in the Swiss banks.

The amount of money individuals placed in Swiss banks around the world has decreased recently, she said.

However, according to the annual report published in June this year by Switzerland's central bank, the funds deposited by Bangladeshi citizens in the banks of Switzerland have increased by nearly 55 percent to 871.11 million Swiss francs year-on-year in 2021. There are allegations that most of the money was earned illegally.

She said Switzerland is committed to maintaining international standards and it is possible to exchange such information on the basis of consent of the two parties.

Chuard had said, "We have informed the government about what needs to be done to get the information, but we have not been asked for any specific information."