Bangladeshis are in paradise compared to many countries: Foreign Minister 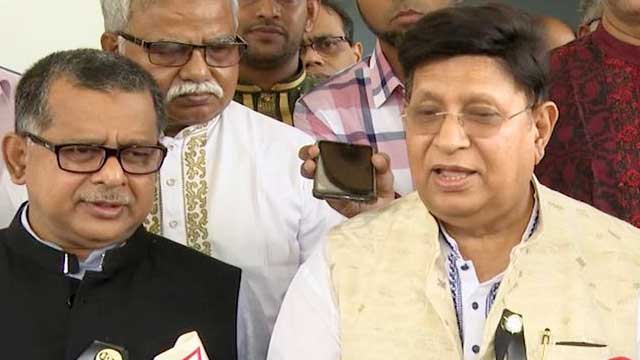 Foreign minister AK Abdul Momen on Friday said that the people of Bangladesh had remained in paradise compared to other countries during the global recession.

He claimed that a vested quarter was creating panic by making an unfounded allegation that Bangladesh's scenario was becoming similar to that of Sri Lanka.

‘In fact, it has no basis. The people of our country are in paradise compared to other countries during the global recession,’ he added.

Momen made the remark while speaking to journalists about the present economic situation after a views-exchange meeting over land requisition for the expansion project of Sylhet Osmani International Airport.

He, however, admitted that the country was facing a challenge at the moment.

‘We also are in a bit of a crisis amid the global recession. But we have enough dollars reserved. We are just trying to be a bit economical considering the future crisis,’ the minister said.

Responding to another query on whether the government would want to know the information of money launderers to Swiss banks, he said that the countries in which money was laundered from Bangladesh were not willing to share any information in this regard.

‘They do not want to provide any information when they are asked for that. It’s their inherent issue,’ the foreign minister said.

‘The ambassador of Switzerland to Dhaka had said that information in this connection was not sought from them, though they were requested several times for the information. She took over the role of ambassador in Dhaka only recently and did not know many things,’ Momen said.

He, however, said that Switzerland is Bangladesh’s friend and asked them not to provide any misinformation.

Earlier in the morning, the foreign minister reached the Sylhet airport from Dhaka by flight and attended the views-exchanging meeting for the acquisition of land for the airport expansion project.