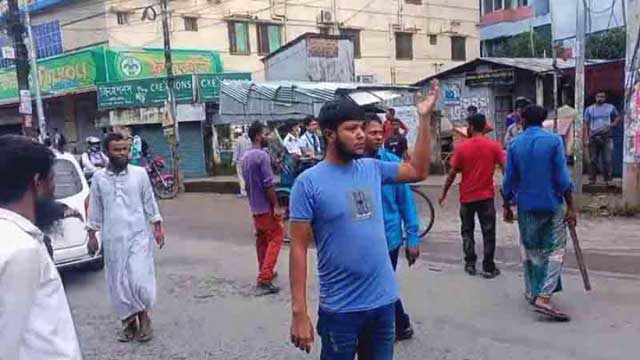 Transport workers of Sylhet district went on an indefinite strike this morning (September 13, 2022) to press home their five-point demands.

However, the strike will be observed in all the four districts of Sylhet division, and Brahmanbaria district from tomorrow (September 14, 2022).

Ali Akbar Rajon, joint general secretary of Sylhet Zilla Bus Minibus Coach Microbus Sramik Union, said, "We have been making demands for a long time, but not a single one of them have been fulfilled. On September 8, we held a human chain and gave a memorandum to the home minister, but to no avail."

Meanwhile, no bus left Sylhet Kadmatoli bus terminal since dawn. Also, no transportations including auto-rickshaws and human-haulers were seen operating in the city streets causing sufferings to the commuters.