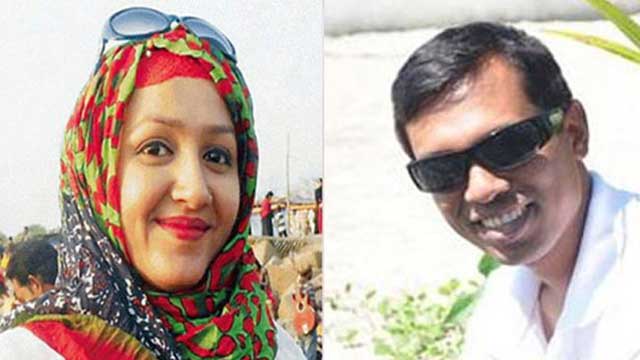 Police Bureau of Investigation (PBI) has submitted the charge sheet against seven people, including former Superintendent of Police (SP) Babul Akhter, in a case filed over the murder of his wife Mahmuda Khanam Mitu.

Investigation Officer of the case Abu Jafar Mohammad Omar Faruk submitted the charge sheet to the prosecution branch of the court around 3:30pm today (September 13, 2022).

Naima Sultana, superintendent of police of PBI Chattogram metro unit, came up with the information at a press conference.

On June 5, 2016, Mitu was stabbed and shot dead while she was taking her son to his school bus stop at the port city's GEC intersection. After the murder, Babul filed a case against three unidentified men with the Panchlaish Police Station.

Later PBI took over the case from DB of CMP.

On May 11 this year, Chattogram PBI summoned Babul to its office for interrogation. He failed to give satisfactory answers to the detectives and was taken into PBI custody. The following day, Mitu's father filed a murder case against eight people, making Babul the prime accused in the case. Mitu's father alleged that Babul is the mastermind of the killing and he killed his wife over extramarital affairs.