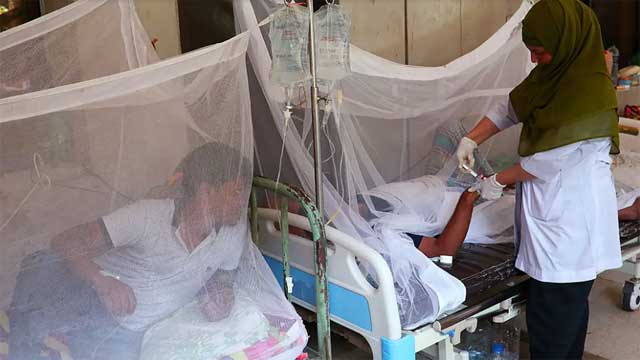 At least two more dengue patients – one in Cox’s Bazar and the other in Barishal – died in the past 24 hours till Tuesday morning across Bangladesh, taking the official death toll to 39 this year since January.

In the past 24 hours till 8:00am on Tuesday, another 353 people were admitted to health facilities with dengue infections across the country, taking the total number of hospitalisation to 9,448 this year, said a press release of the Directorate General of Health Services.

Of the fresh admissions, 238 were admitted to hospitals in Dhaka city and 115 in other places across the country.

The mosquito-borne viral disease this year killed 17 people in Dhaka, 18 in Chattogram, and four in Barishal division, the DGHS release said.

A total of 3,267 or 34.58 per cent of this year’s total hospitalisation was reported in the 13 days of September, showing a rising trend of hospitalisation in recent time.

Currently, 1,213 dengue patients are receiving treatment at various health facilities across the country, including 895 in the capital.