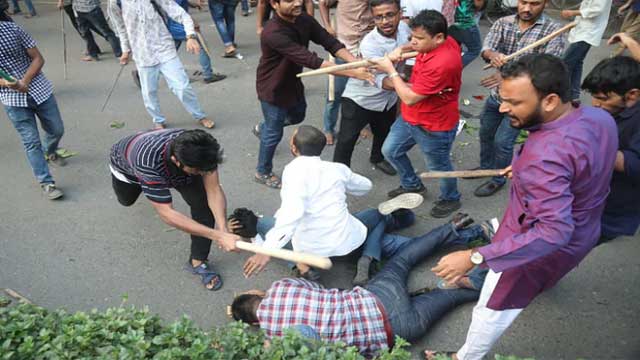 The injured ones were rushed to private hospitals for treatment, DU unit of JCD president Khorshed Alam Sohel said. 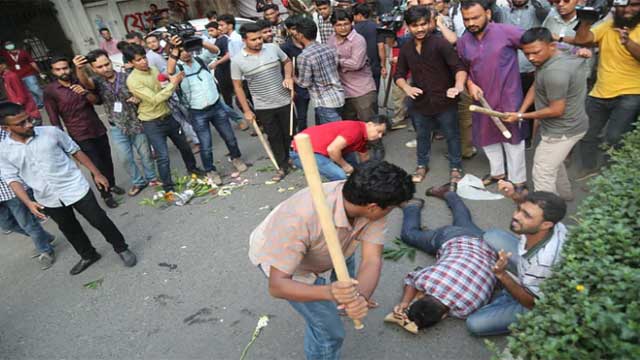 JCD leaders said that the JCD leaders and activists, as per their pre-scheduled programme, were coming to meet the Dhaka University vice-chancellor Professor Md Akhtaruzzaman following the formation of the newly formed JCD committee of DU unit.

The vice-chancellor also gave them time to meet in the afternoon, they said.

Neither Riazul Islam not Munem Shahriar Moon could be reached for comments after several attempts.