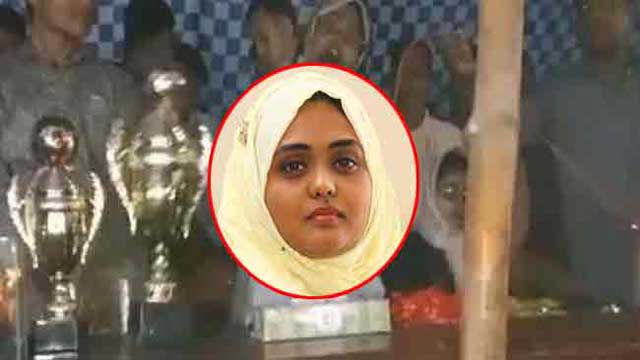 An order of the public administration ministry, signed by field administration-2 division’s senior assistant secretary Sheikh Shamsul Arefin, issued on Monday said she has been stationed at the office of Dhaka divisional commissioner. The order also asked to post her to any upazila.

Mehruba Islam drew flak after smashing a trophy before the final of a local football tournament in Alikadam upazila.

Though the office order said about immediate implementation of the order, it did not mention the date of her joining in Dhaka.

UNO Mehruba Islam did not respond to any phone call even after trying for several times.

Alikadam UNO Mehruba Islam drew flak after smashing a trophy before the final of a local football tournament at Chaikhyang High School ground in the upazila on Friday.