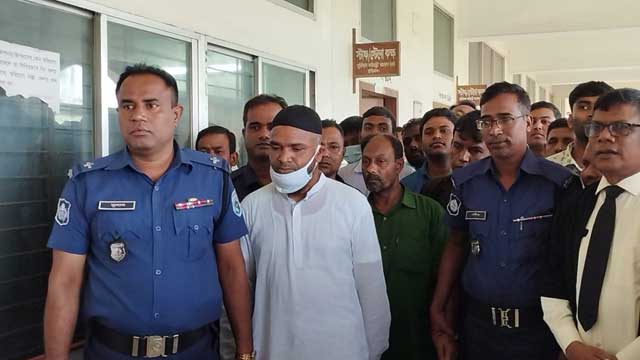 A court in Kurigram on Thursday placed Lutfur Rahman, headmaster of Nehal Uddin Girls’ High School, on a three-day remand in connection with his alleged involvement in SSC question paper leak.

The court fixed Sunday for hearing of the remand petition of two more accused in the case.

On September 20, three school teachers, including Lutfur Rahman, the headmaster and secretary of Bhurungamari Nehal Uddin Pilot High School center, and two assistant teachers of the school- Zubaiyer Hossain and Aminur Rahman- were arrested in connection with the question paper leak case.

A complaint was lodged with Bhurungamari Police in this connection. Police later registered an FIR.

Later, with the help of some teachers, the headmaster prepared the handwritten answer sheets of the leaked question papers and sold them to the students of that school at a price of Tk 15,000 to Tk 20,000, as per the investigation.

On September 21, SSC examinations on four subjects under the Dinajpur Education Board were postponed due to question papers leak in Kurigram’s Bhurungamari upazila.

Copies of English 1st paper and 2nd paper of the ongoing SSC examinations went viral on Facebook and WhatsApp.

Dinajpur Board also formed a three-member probe committee headed by Professor Faraz Uddin Talukdar, college inspector of the Education Board.

The postponed SSC examinations on four subjects under the Dinajpur Education Board will be held from October 10 to 13.

The four subjects are: Mathematics, Physics, Agricultural Science and Chemistry.

Exams on other subjects will be held as per the schedule.