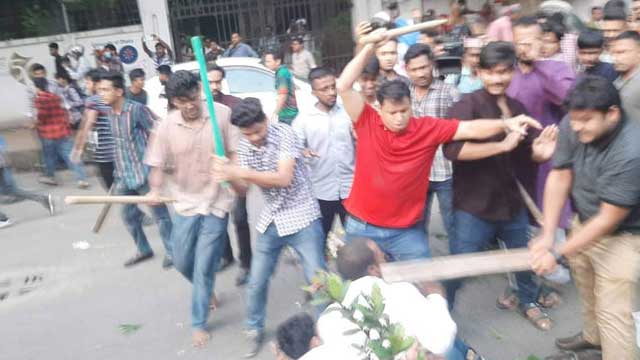 The ASK, which prepared the report based on the monitoring of national dailies and other media in the past nine months, also stated that attacks on religious and ethnic minorities continued while harassment by using the Digital Security Act was reported and killings and torture along the border were recorded.

The rights group believed that establishing the rule of law and accountability were crucial to preventing human rights abuses, or else a culture of impunity would be established and rights abuses would increase.

It called for the protection of human rights for all.

The rights group was critical of the political leadership, who supported extrajudicial killings.

It said 15 people were killed or died in the custody of law enforcement agencies.

Among them, three were killed in ‘gunfights’, seven in physical torture, one died of heart failure, three others because of their illness, and one committed suicide in custody.

The ASK recorded that 54 inmates died in prison custody, and of them, 20 were convicted and 34 others were under trial.

At least 28 people were victims of lynching in the first nine months, and 15 of them were in the Dhaka division.

At least 12 Bangladeshis were killed or died along the Bangladesh border with India, while seven others were injured, and eight were victims of abduction.

The ASK stated that 58 people were killed and 5,400 others injured in 387 political and election-related violence and clashes in the country.

The highest number of clashes took place in Cumilla, where two people were killed and 256 others were injured, while clashes in Chattogram left six people killed and 302 injured.

In the first nine months, four houses and eight business entities came under attack by 'miscreants’ in two separate incidents in Narail following the allegations of hurting religious sentiment on social media.

It recorded that 179 journalists faced different forms of harassment, attack, and obstruction while performing their duties, 66 of them came under attack and one died in Cumilla.