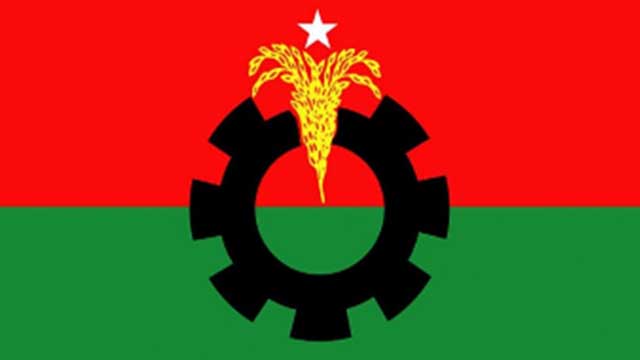 Police are preparing a list of individuals – financiers, manpower organisers and associates – who are working behind the scenes to mobilise the political programmes of the BNP, Jamaat-e-Islami, and other opposition parties across the country.

On 22 September, the political wing of the Special Branch (SB) of Bangladesh Police sent instructions to the superintendents of police (SPs) of 64 districts and the commissioners of the Metropolitan Police in this regard.

In light of the instructions, the SPs and commissioners have sent letters and wireless messages to the officers-in-charge of all police stations, asking for lists of individuals patronising the programmes of the opposition parties.

The Business Standard has obtained a copy of the letter sent to district-level police officials.

At least seven senior police officers, including SPs and deputy commissioners (DCs) of Metropolitan Police, across the country also confirmed the matter to TBS.

As per the letter, police stations have been asked to collect the names, addresses, mobile numbers and NID card numbers of at least eight patrons of the BNP, Jamaat and other anti-government political parties in all districts, and five each in upazilas, municipalities and unions.

A district SP in Barishal Range, on condition of anonymity, said, "I have got the letter and we are looking into the persons who are patronising the party programmes.

"We will submit a report after collecting all the information about them but it is a routine investigation. The individuals will not be harassed, interrogated or arrested, for that matter."

But when asked, the Deputy Inspector General (political) of the Special Branch, AZM Nafiul Islam, told TBS, "We update the status of political parties every two-three months to check whether any leaders or activists have died, or left their positions. Apart from this, we also have to update information about the recent political activities of the parties.

"It is routine work. We do this for the Awami League, the BNP, Jamaat or other parties alike."

A senior SB official told TBS that such individuals are listed every time as national elections approach.

"Before the elections, these people are kept under surveillance in advance so that they cannot carry out violence and create anarchy. Financial transactions between them are also kept under surveillance. Above all, the initiative to make the list has been taken to maintain law and order," the SB official added.

The SP of a district in Chattogram Division also confirmed the matter but refused to comment directly on the preparation of the list of BNP-Jamaat donors.

Several other superintendents of police declined to comment on the matter.

Khulna SP Mohammad Mahbub Hasan said, "I have no comment on this. But even if such instructions have been given, it is strictly an internal affair of the police. Journalists cannot ask about it."

Rajshahi SP ABM Masud Hossain also told TBS that he had not received any such instructions. But Rajshahi Metropolitan Police Commissioner Abu Kalam Siddique said since Rajshahi is a Jamaat-dominated area, the police have to regularly monitor these issues.

In the meantime, police are preparing a separate list of the incumbent leaders of BNP and its affiliated organisations in Dhaka and Chattogram.

A list is being made at 16 police stations under Chattogram Metropolitan Police. Along with the names and addresses of BNP leaders, NID card numbers are also being collected, according to sources in the CMP.

In a crime review meeting in July, Dhaka Metropolitan Police Commissioner Mohammad Shafiqul Islam also ordered 50 police stations under the DMP to update the list of leaders and activists of the BNP and its allied organisations.

BNP Standing Committee Member Khandakar Mosharraf Hossain told TBS, "Police have been exercising repression against the BNP and its affiliated organisations for a long time. They are now making a list to put more pressure on us ahead of the next parliamentary elections."

Alleging that police were arresting and torturing BNP activists, he said, "Now the police are not going to spare the well-wishers and patrons either. But, we will protest the unfair behaviour of the police in the field with utmost importance."-The Business Standard