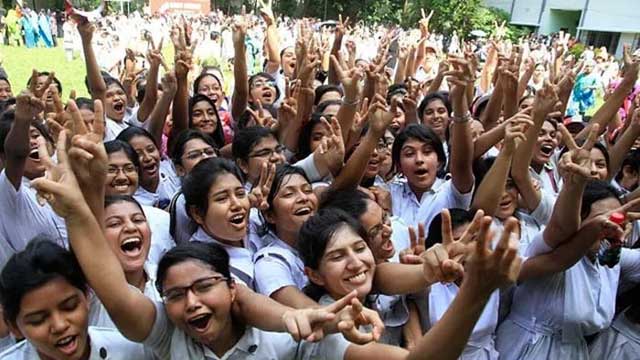 A total of 87.44 per cent of candidates passed in this year’s Secondary School Certificate (SSC) and equivalent exams. The pass rate is 88.10 per cent under nine education boards while 82.22 per cent in equivalent Madrasah Education Board.

Education minister Dipu Moni would unveil the detailed results at a press briefing at International Mother’s Language Institute in the city.

The results, however, were published at educational institutions and websites of the educational boards after 12:00 pm.

The results can be known by submitting the roll number, registration number, name of the exam, exam year and education board on this website.

Besides, the students can learn their results by sending SMS. For this the students have to type SSC<>first three letters of the board’s name<>roll no.<>passing year and send to 16222. For example – SSC DHA 123456 2022. The results will be sent in the return SMS.

For the Madrasah board, the students have to write DAKHIL<>first three letters of the board’s name<>roll no.<>passing year and send to 16222. For example – DAKHIL MAD 123456 2022. The results will be available in the return SMS.

The SSC and equivalent exams began on 15 September.

A total of 15, 99,711 students participated in the SSC examinations under nine general education boards.