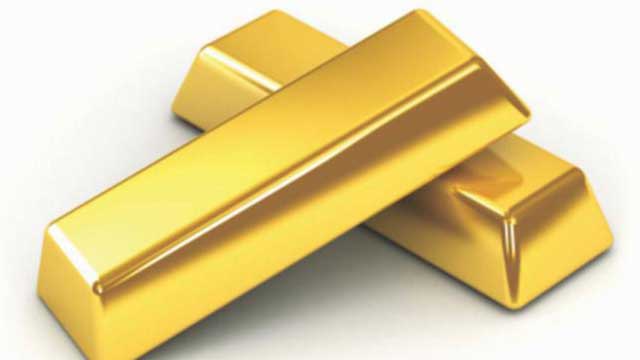 Tipped off, a team of BGB conducted a drive in Darshana Thana in Jhenaidah on Tuesday and detained a man while he was taking six gold bars to Jibannagar upazila, said Mohammad Saiful Islam, assistant director of BGB-58 battalion.

Later, the gold bars worth around Tk 51 lakh were recovered from him, the officer said.

A case would be filed against the detainee, he said adding that the gold bars would be handed over to Darshana police.

In Jhenaidah, a special patrol team of Jadavpur BOP under Maheshpur Battalion conducted an operation at village Gopalpur of Maheshpur upazila.

During the drive, 85 gold bars, weighing 11.390 kg, were recovered by digging soil in a banana orchard.

The seized gold worth over Tk 8 crore would be deposited at the Jhenaidah Treasury Office after filing a case with Maheshpur police station, said Saiful Islam.