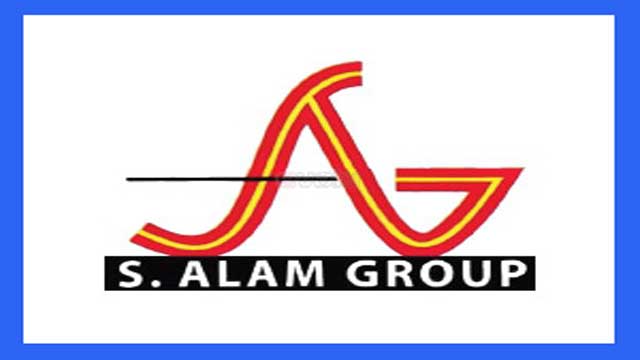 Chattogram-based S Alam Group has lifted a stupendous sum of money in loans — more than Tk 30,000 crore — from Islami Bank Bangladesh Limited that the business group controls. The amount was way beyond the group’s entitlement.

While the group was entitled to borrow maximum Tk 215 crore from the IBBL as per rules, the group, using its clout in the bank’s board and management, obtained the credit, most of which was awarded through various unethical mechanisms, according to a Bangladesh Bank audit report.

A number of BB and IBBL officials suspect that the group and its related parties have so far appropriated some Tk 1 lakh crore loans from banks it controls, mostly from the IBBL, the largest private commercial bank of the country.

Experts said that the central bank did not take any action against the unprecedented magnitude of borrowings involving massive irregularities rather the regulator practically facilitated the unlawful lending.

Loan disbursement has spiralled out of control, crossing limits and without the verification of documents, a regular phenomenon that has been plaguing the banking sector for quite a while, they observed.

The Bangladesh Bank audit team that submitted the audit report, in one incident as of December 31, 2019, suggested showing as classified loans a Tk 6,000 crore liability of S Alam Group with the IBBL Khatunganj branch.

However, the loans were shown as un-classified in the 2019 annual report of the bank, the audit team said.

New Age has obtained a copy of the BB audit report.

S Alam Group took the control of Islami Bank Bangladesh Limited in 2017 after the government moved to oust the people loyal to Bangladesh Jamaat-e-Islami from the bank.

The group has also taken over a few other private banks in the country.

According to a senior BB official, the central bank, for reasons not known, did not allow its officials to conduct inspections freely in these banks nor did it approve their inspection reports and take action based on the reports.

S Alam group received Tk 12,120 crore loans from the IBBL’s Khatunganj branch, Chattogram in the name of its six companies, according to the BB audit report.

Besides, the group was awarded Tk 2,890 crore credit against seven other of its concerns that included Aramit Limited, Unitex Composite Spinning, Unitex LPG, HIP, Sunmoon Enterprise and Adil Enterprise, without the compliance with usual requirements regarding security and documentation, the audit team said.

‘Maximum limit availed from other than Khatunganj branch to hide the link. The limits are usually approved by the EC/board very hurriedly,’ the audit team said in its report on the IBBL.

‘Besides, additional Tk 12,000 crore loans were availed in the name of the above seven companies beyond the formal limit without any formal sanction by EC/board,’ the report disclosed.

‘They availed the said facility through an organized team consisting of the head of concerned Khatunganj branch with support from Information and Communication Technology Wing (ICTW),’ the report said.

The BB officials suspect that the group did not use major portions of the loans in the entities for which the loans were taken as the group can no way invest such massive amounts of money in such small-sized companies.

Without getting usual security and documentation requirements complied with for the loans, the IBBL provided such colossal amounts in credit to a single party, putting the bank as well as the whole banking sector in jeopardy, experts further observed.

In extraordinary cases, he said, it examines irregularities and takes punitive measures accordingly.

Zahid Hussain, former lead economist of the World Bank’s Dhaka office, said that if there are further loan irregularities like those concerning the IBBL, the largest private bank of the country, it is a catastrophic signal for the whole banking sector.

The government and the Bangladesh Bank, the guardian of the banking sector, must react immediately and find out the depth of the wound in the sector, he said.

The BB has to see whether the banks follow the rules and regulations in sanctioning loans, including ensuring necessary collaterals, the economist went on to say, adding that why a bank provides loans, who get the loans and for what purposes the borrowers take the loans should be justified.

Former BB governor Salehuddin Ahmed said that the BB must be more vigilant and strengthen its oversight of the banks.

‘Banks should also follow due diligence in sanctioning loans,’ he observed.

On November 27, 2017, then finance minister AMA Muhith said that the government was looking into the sources of money of the S Alam Group across the country.

Asked for the IBBL’s comment on the loan irregularities, the bank’s senior vice-president and head of Brand and Communication Division Nazrul Islam said that he needed more time to give any statement on the matter.

‘The companies regularly pay the loan installments,’ he said.

The branch manager, however, could not confirm the figures of installments they received from the companies so far.

S Alam group executive director Subrata Kumar Bhowmick told that the group of companies took the loans from the bank in a lawful way, complying with all the rules and regulations of the bank.

The group is regularly paying interests and installments in accordance with the terms and conditions of the bank.

Asked about collaterals for the loans, he said that the bank kept collateral in accordance with the loan sizes and as necessary.