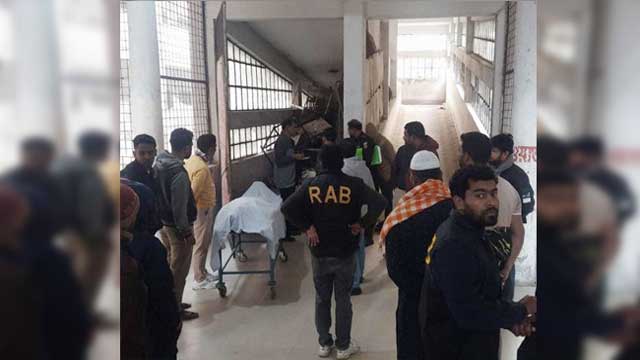 Three people including two members of thge Rapid Action battalion were killed in a road accident in Rautara area under Sadar upazila in Magura on early Friday.

Magura Sadar Police Station officer-in-charge Mostafizur Rahman said that a vehicle of the RAB collided with a pick-up van in the Rautara area while it was on way to Magura district town at about 3:00am.

He said that the accident left the trio critically injured and the locals took them to Magura Sadar Hospital where doctors declared them dead.

The police officer said that the bodies were kept at the hospital morgue for post-mortem examination.