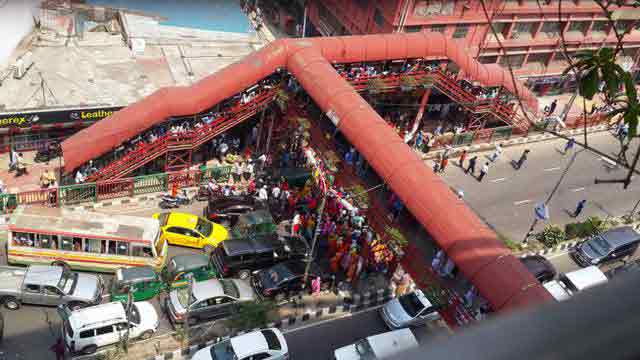 Following the incident, transport movement on one side of Kazi Nazrul Islam Avenue remained suspended since 1:00pm.

The workers of Goldstar Design Limited around 11:00am demanded their arrears which prompted the authorities to close the factory for today.

The garments workers left the factory but they returned within an hour and took to the streets blocking vehicular movement on the one side of the road.

Law enforcers rushed to the spot immediately and brought the situation under control.

Their arrear for four months has been pending, Senior Operator of the factory Akram Hossain said.

“Each month, the owners delay the payment of our salary. It is April 16 and we still have not been paid,” said another worker of the factory.

The factory employs around 400 people.