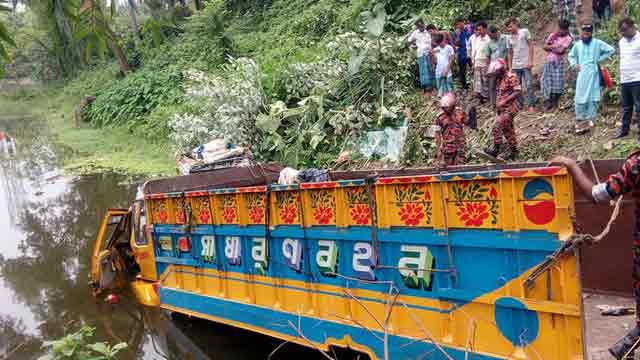 The deceased could not be identified immediately.

The Habiganj-bound truck from Gaibandha carrying a group of construction workers overturned around 5:30 am after the driver lost control, leaving four workers dead on the spot and 30 others injured, said Mir Mosharraf Hossain, officer-in-charge of Kalihati police station.

The injured were admitted to Tangail general hospital where one of the injured workers succumbed to death.