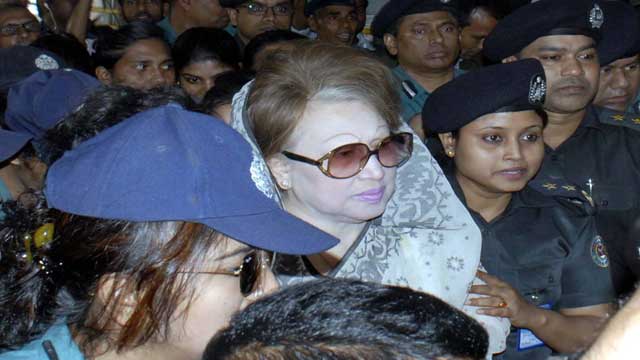 Dhaka, Jun 25 (Just News): The Supreme Court will pass an order tomorrow on a leave to appeal petition filed by the government challenging the High Court order that granted bail to BNP Chairperson Begum Khaleda Zia in a vandalism case.

The case was filed in connection with vandalising vehicles in Comilla's Chouddagram area on January 25, 2015.

The HC granted six months bail to Khaleda in this case on May 28.

Today, a three-member bench headed by Chief Justice Syed Mahmud Hossain fixed tomorrow for passing the order on the leave to appeal petition filed by the government against the HC order after concluding hearing on the petition.

On the other side, Khandaker Mahbub Hossain, AJ Mohammad Ali and AK Mahbub Uddin Khohon appeared for Khaleda Zia.

They prayed to the apex court to uphold the HC order that granted bail to Khaleda in this case.