Many BNP agents beaten, driven out of polling centres 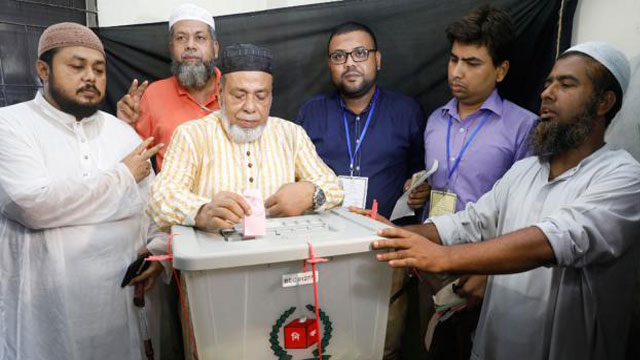 Dhaka, Jun 26 (Just News): BNP's mayoral candidate for Gazipur City Corporation (GCC) Hasan Uddin Sarker this morning alleged that many of his agents were beaten up and driven out from different polling centres since voting began in the city.

He said he will accept the election results if polls are held in a fair manner.

He was speaking to journalists after casting his vote at Bashiruddin Udayan Academy polling centre in Tongi this morning.

Hasan is running for mayor with election symbols paddy sheaf, whereas, his archrival Awami League's Jahangir Alam is contesting the polls with the symbol of boat.

Voting began in the city polls at 8:00am.