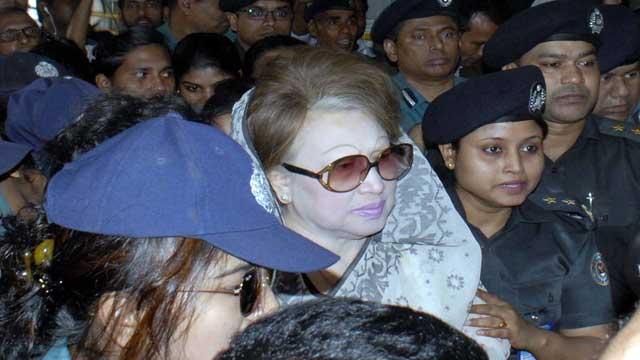 The apex court also vacated its chamber judges' order that stayed the HC order of bail to Khaleda Zia in the case.

A three-member bench of the Appellate Division headed by Chief Justice Syed Mahmud Hossain passed the order following a leave to appeal petition filed by the government challenging the HC order of bail.

Advocate Masud Rana, a lawyer for Khaleda Zia, said that the BNP chairperson cannot get released from jail following the SC order as she is arrested in other cases.

The HC on May 28 granted a six-month bail to Khaleda Zia in the case filed for vandalising a covered van in Chouddagram area in Comilla in 2015.

The SC chamber judge on May 31 stayed the HC order.