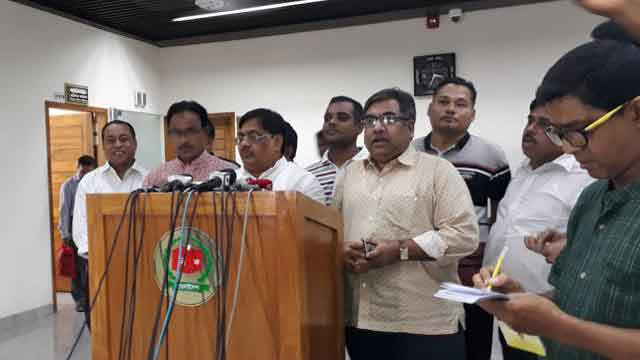 A delegation of the BNP met the chief election commissioner, KM Nurul Huda, at his office at EC secretariat in the city's Agargaon area and “thanked” the commission.

Gazipur went to the polls on Tuesday to elect the mayor and councillors of its city corporation with two arch rival parties -- AL and BNP - contesting hard to win the polls.

After the meeting, the BNP delegation chief Barkat Ullah Bulu voiced the party’s dismay at the way the elections were held.

He mentioned that the commission had taken 'no actions' about various complaints that were raised even during the Khulna polls.

“The BNP’s mayoral candidate in Gazipur raised as much as 110 specific complaints and the commission assured him of investigating the matter. The commission held the election keeping the person [in the same position] against whom allegations were made.”

The BNP’s joint secretary general Moazzem Hossain Alal, who was with the delegation, said, “We lodge the complaints with the election commission, but replies come either from the AL leaders Obaidul Quader or HT Imam."