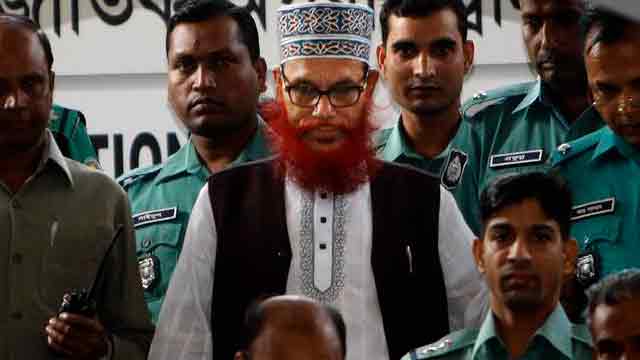 The High Court today summarily rejected a writ plea he moved wanting the division facilities which entitles him to a bed, mosquito net, table, chair, newspaper and better food.

In the petition, Sayedee said during trial under International Crimes Tribunal, he got division facilities, but after his verdict he is not getting any such benefits in prison.

Advocate Khandker Mahbub Hossain prayed to the HC to direct jail authorities to provide him with the division facilities and send him to a specialised hospital.

Attorney General Mahbubey Alam opposed the writ petition, saying that Sayedee has no right to move such a petition before the HC under the constitution.

The International Crimes Tribunal-1 on February 28, 2013, sentenced Sayedee to death.

Following two appeals by Sayedee and the government, the Appellate Division on September 17, 2014 commuted Sayedee’s death sentence to imprisonment until death.