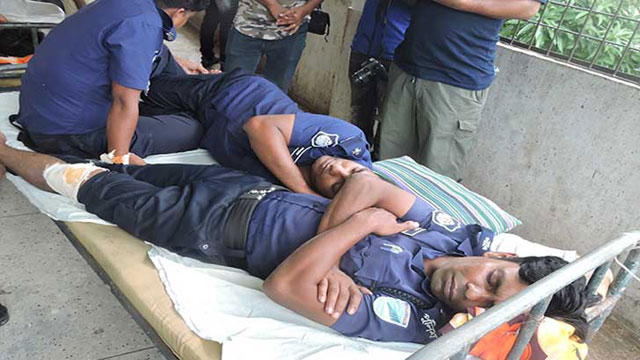 Deceased Abdur Rahman was arrested by the law enforcement from Gazipur on 24 June, said an official of the district’s Detective Branch (DB) of police (DI-1) Md Nazrul Islam.

Police took Abdur Rahman with them while conducting a drive at his rented house in Khashmahal Baluchar area to arrest his associates around 1:00am, he said.

Abdur Rahman used to live at the rented house in Khashmahal Baluchar area along with his cohorts for the last two months, police said.

One hand grenade, a firearm and a motorcycle were seized from the spot, he said.

No comments were available either from any witnesses or from his family immediately.

On 11 June this year, Shahjahan Bachchu, a former general secretary of the district unit of Communist Party of Bangladesh (CPB) and the publisher of Bishakha Prakashani, was gunned down in the upazila.

On the following day of the murder, Shahjahan's wife Afsana Jahan filed a lawsuit against four unnamed people with the police station.