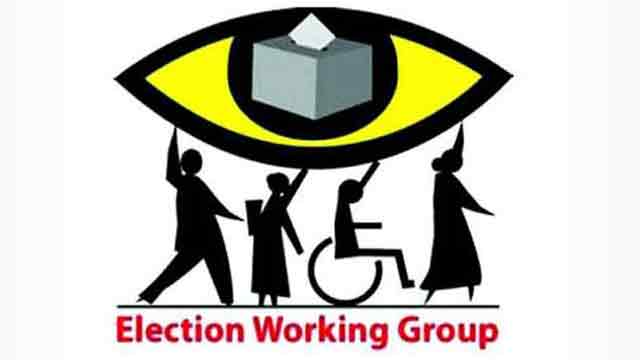 Speaking at a press briefing held on the election that saw ruling Awami League’s candidate win by a landslide margin ahead of the national election, the election monitoring group said it found irregularities at 46.5 per cent of the polling centres in the city.

The irregularities they found include ballot stuffing, campaigning within 400 yards of polling centres, presence of unauthorised persons in the polling booths, incidents of violence, biased position of the law enforcers, and bar on voters to cast votes.

Specific irregularities were found at 46.5 per centcentres, said Dr Md Abdul Alim, director of Election Working Group. “61.9 per cent votes were cast in the election.”

The election monitoring group came up with the observation by studying election at 129 centres among the total 425 centres across which the elections were held.