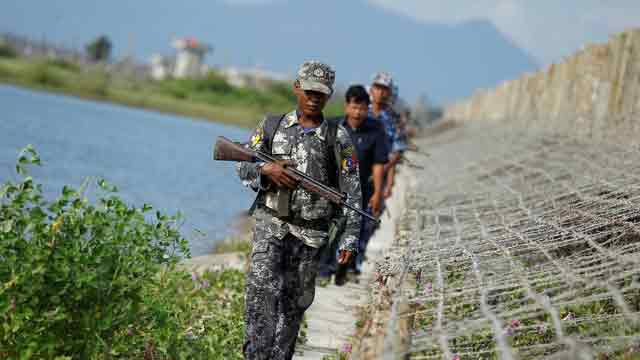 Dhaka, Jun 28 (Just News): A Rohingya child suffered bullet wounds in firing by Border Guard Police (BGP) in Myanmar along the Tumbru border of Naikkhonchhari upazila in Bandarban on Thursday.

The injured is Ansar Ullah, 13, son of Zamir Hossain of Raymonkhali village in Maungdaw township of Rakhine state. He was currently residing at Konapara Rohingya camp along the Zero Point.

Later, other inmates of the Rohingya camp rescued the child and took him to MSF Hospital of Kutupalong camp in Ukhia upazila of Cox's Bazar, he said, adding that BGB members remain on high alert in the bordering areas.

Meanwhile, Rohingya leader at the Konapara Rohingya camp Dil Mohammad claimed that the incident of firing took place at the Zero Point when the child went near the barbed-wire fence.

After the incident, panic spread among 4,000 Rohingya who were staying at the camp. Many of them entered Bangladesh out of fear, he said.

Ansar Ullah along with his family members fled to Bangladesh during the military crackdown in Rakhine in December last year, Dil Mohammad added.